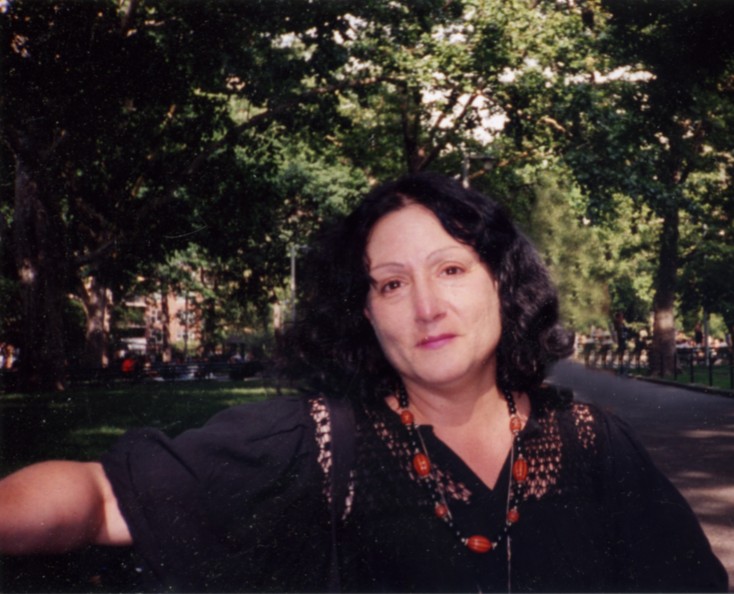 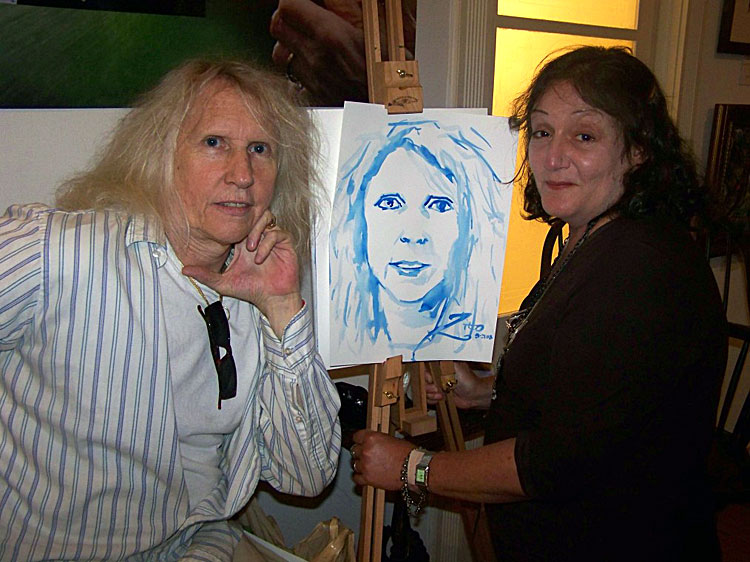 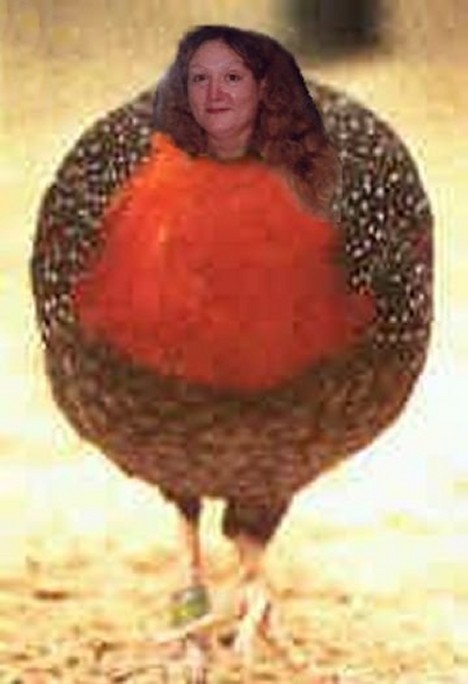 
Ruth Mermin Feinsilver, affectionately known as "Ruthybird", had a zest for anyone as outrageous as she was at the time of the late 1960s, especially with flambouyancy and overdone make-up.  That answer was some of the femme Gay boys of Greenwich Village, particularly the 'flame queens' along Christopher Street.  Ruthybird was especially compassionate and helpful to many of the homeless Gay youth.  She gave them small amounts of money, bought them food and, in some cases, did their make-up.  They called her "La  Bird".  Remember, until January 20, 1969, in the White House with President Lyndon B. Johnson ("LBJ") was the First Lady named Lady Bird and their two White House daughters Lynda Bird and Lucie Bird!  The Gay Birdcage, if you will, was inside the black wrought iron fencing and on the benches of the quaint Sheridan Triangle Park, now known as Christopher Park, located diagonally across the street from The Stonewall Club.  Most of the Gay nightlife activity centered on Greenwich Avenue and Christopher Street in near proximity to the now famous Stonewall Club.  Although the flame queens were basically not permitted in The Stonewall Club (besides, hardly any of them had the admission fee), Ruthybird helped many of them with their hair and fashion tips for their attire besides their make-up! 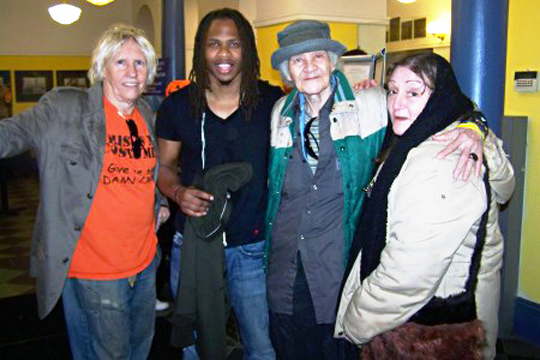 Ruthybird S. Marmelstein already with her three favoirtes altready:
Willson Henderson and AnDre Christie plus King Storme DeLarverie
[Photo by her fourth fave Rogers 'Ro-Ro' Huntana]
Note:  This photo was used for inside C/D cover of "Songs of The Stonewall 40"
and it also appeared in Newsweek magazine in 2011 for a story on Gay couples!


Ruthybird C. Marmelstein, on behalf of the STONEWALL Veterans' Association ("S.V.A.") was in regular communication with several New York public officials such as U.S. Congressmembers Anthony D. Weiner (Queens), Carolyn Maloney (Manhattan East Side), Joseph Crowley (Queens/East Bronx), Yvette Clarke (Brooklyn), Hakeem Jeffries (Brooklyn) and Jerrold X. Natler (Manhattan West Side), Manhattan Borough President Gale A. Brewer, Brooklyn Borough President Eric L. Adams, and NYC Councilwomen Melisssa 'Meli-Mar' Viverito, Rosie Mendez, Jessica Lappin, Carlina Rivera and Lil' Margaret Chin -- plus former Councilmen James E. "Jed" Davis, Bill de Blasio, John C. Liu, Adolfo Carrion, David Weprin, James Sanders and David Yassky, the guys who all moved on to bigger and better positions!  Along with other SVA-ers, Ruthybird formerly represented the S.V.A. at conferences, streetfairs, meetings, forums and dinners.  With the milestone of "Stonewall 40" in 2009, Ruthybird did several interviews with newspapers and magazines besides television locally, such as New York 1 Television News, and, nationally, about the Stonewall Era and the S.V.A.  Ruthybird is also the S.V.A. co-liaison to the Heritage of Pride ("HOP") parade organizers.  In the Summer of 2009, Ruthybird joined the SVA-er concert outings to see Miss Connie Francis sing all of her hit songs including "Where The Boys Are" at New York City's Seaside Concert Series and Frankie Valli & His Jersey Boys, outdoors, in good old Brooklyn!  Later in the Summer of 2009 it was to see, at the same great scenic outdoor location, the "Queen of Disco" Donna Summer!  In 2010, it was to see The Beach Boys and The Monkeys and The Turtles and Paul Revere & The Raiders!  In 2011, besides Gracie Mansion in Manhattan with NYC Mayor Michael R. Bloomberg, among others, it was musically to see Betty & The Bristol Stompers!  In 2011, Ruthybird's favorite event of the year was the "S.V.A. 42nd Annual Conference & Stonewall Veterans Reunion".  It was held at The Greenwich Village Auditorium at which "La Bird" spoke from the podium!  And, musically, it was to see Mary Wilson of The Supremes and Motown's The Spinners in July at Brooklyn-by-the-Sea Concerts and in August of 2011, it was the "Queen of Soul" Aretha Franklin!  "What's not to like already?" 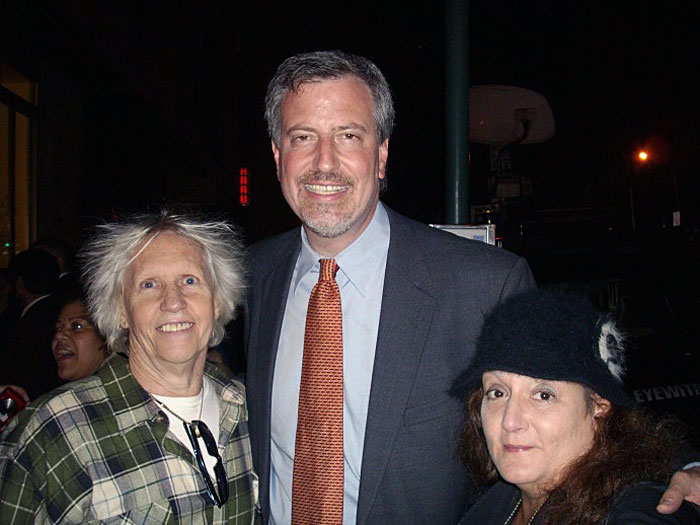 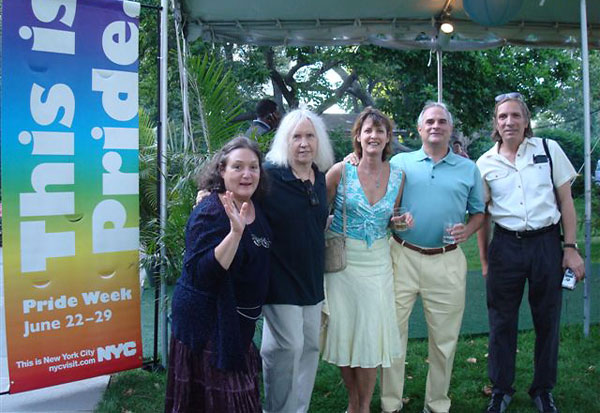 Ruthybird's favourite song of the original STONEWALL Club Jukebox:
"A Bird In The Hand (Is Worth Two In The Bush)"
by The Velvelettes
(Motown girl group)