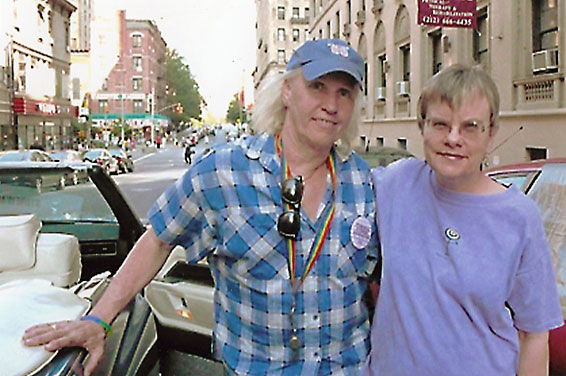 Willson Henderson and Phyl Murray next to the beautiful "Stonewall Car"
Not shown is AnDre Christie... behind the steering wheel!
[Photo by Hal M. Weiner] 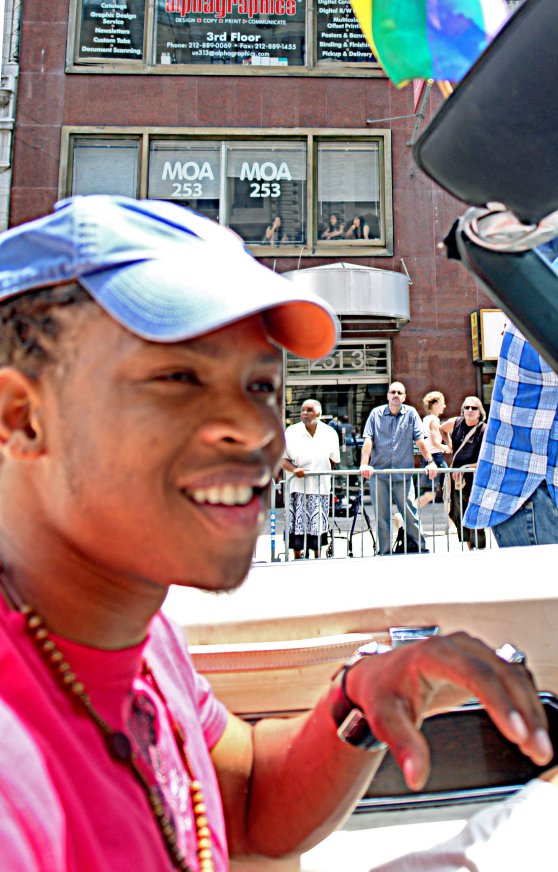 For more 411 on and photos of the "S/W-Car" driver AnDre Christie: 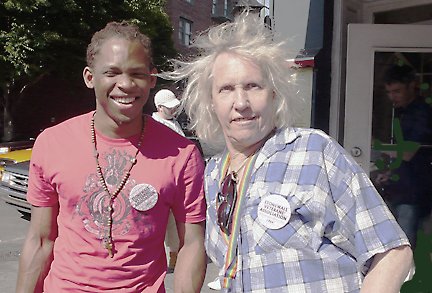 After the parade:  basking in the hot sun and the hot pride
[Photography by Hal Weiner]

AnDre Christie (left) is the appointed S.V.A. Assistant and Willson Henderson is the elected S.V.A. President.  The above photo was taken during a grand gust of wind after the entire exciting and somehow un-exhausting day of  the event line-up, the big car, the enthusiastic crowds, the huge parade, acknowledging the spectators' applause and the annual "Stonewall Duncheon".  Notice the cherished S.V.A. button on the shirts of both Willson and AnDre.  The happy-happy photo location is on happy Hudson Street in happy Greenwich Village in front of the happy Hudson Corner Cafe.

Note:  Many more prideful parade photos to come including.....

Tom A. Viola of BC/EFA