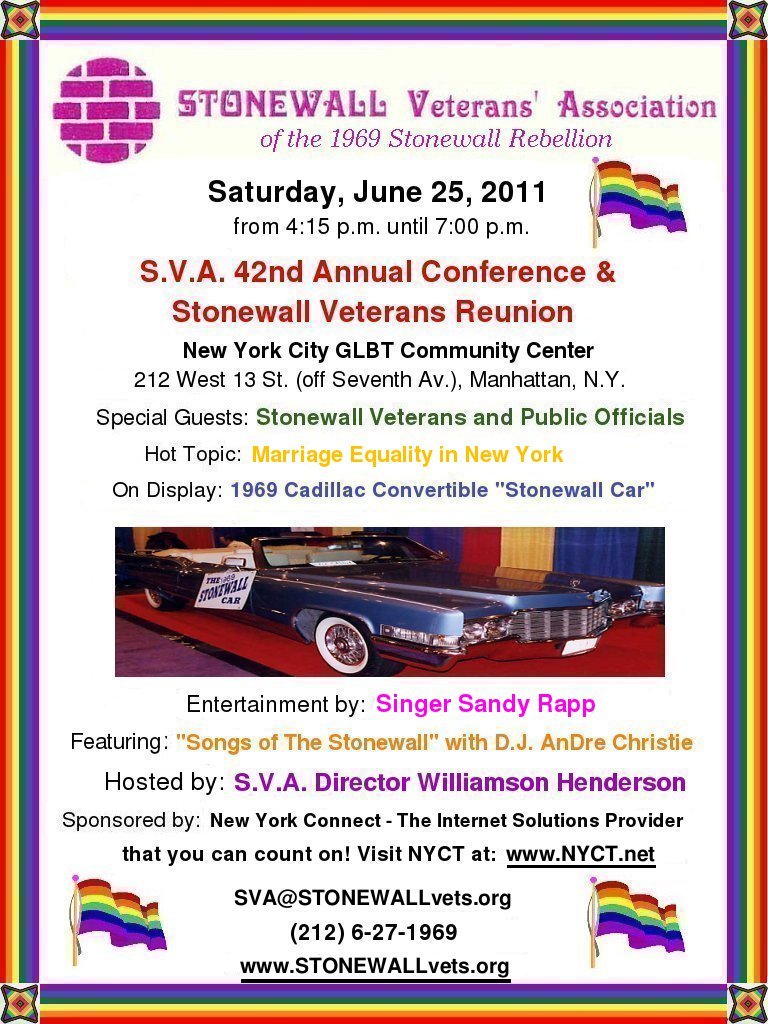 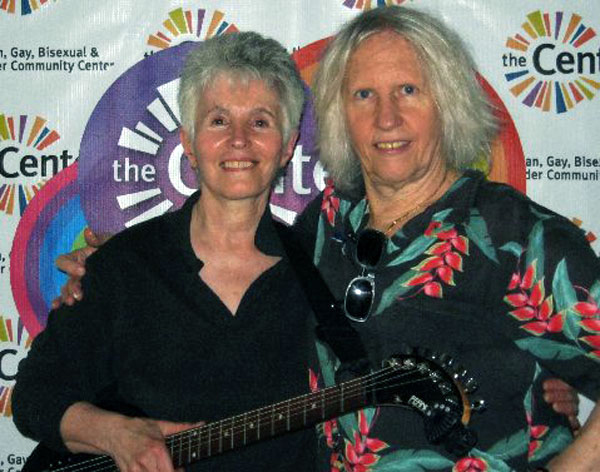 Sandy Rapp, singer, activist, songwriter and author has been the sole 'live' entertainment for the yearly STONEWALL Veterans' Association's "S.V.A. Annual Conference & Stonewall Rebellion Veterans Reunion + Testimonials" for many years!  She has become a new and cherished tradition!  Sandy performs "Everyone Was At Stonewall", a salute to the monumental Stonewall Rebellion, and "Remember Rose", a commentary in song for a woman's right to choose.  The S.V.A. event is covered by the print media, newspapers and magazines, as well as New York City-wide and local television.  In 2011, one of the televison stations picked up part of a Sandy song "EWAS" and played it in their broadcasted Gay Pride segment.

For more pix of Sandy Rapp over the years and Sandy performances, including at the S.V.A., and events, visit:
www.SandyRapp.com 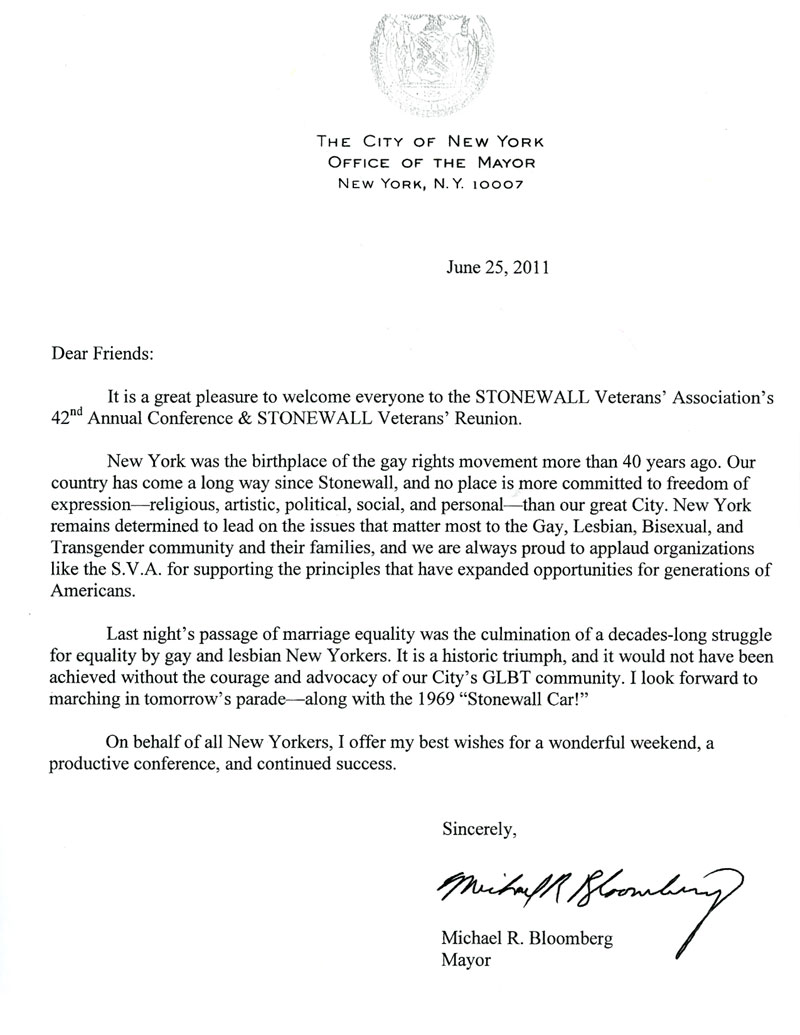