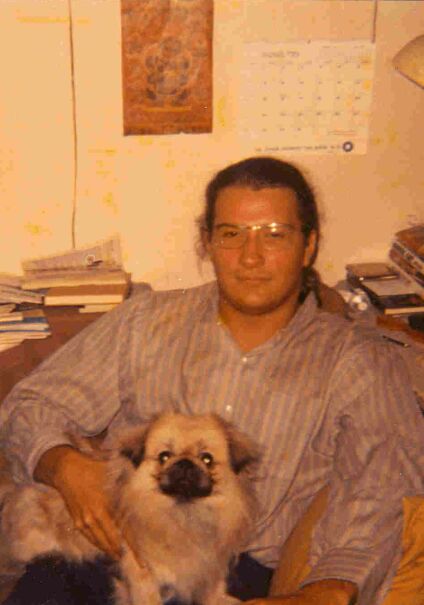 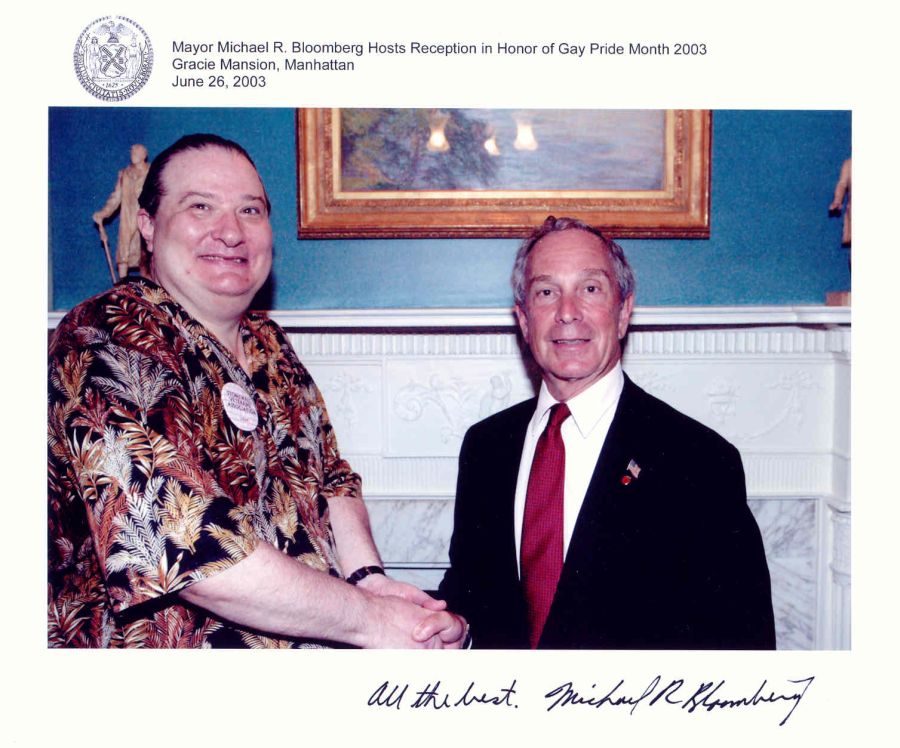 Lotsa mazul to S.V.A.'s Bert Coffman from N.Y.C. Mayor Bloomberg
[Photograph by Office of the Mayor at Gracie Mansion] 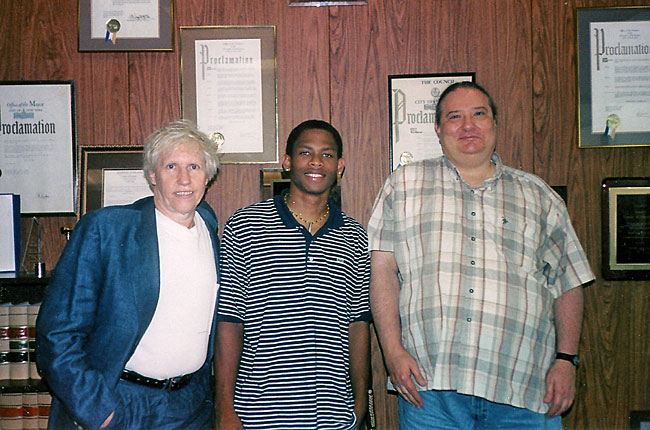 Representing the STONEWALL Veterans' Association,
Willson, AnDre Christie and Bert Coffman in the
office of then N.Y.S. Senator David A. Paterson,
who went on to become NYS Acting Governor
[Photo by David Paterson - August 2004] 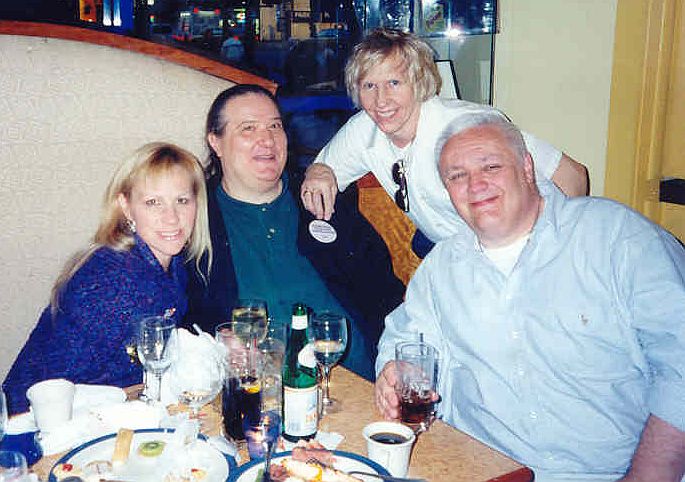 "Happy Gay Times" pictured:  Jenni Egan of the Imperial QUEENS & Kings of NYC, Berti Coffman of the S.V.A. and the Z-Society, Willson Henderson, Director of the S.V.A., and Jeremiah Newton, Vice-President of the S.V.A.
[photo by LIz Abzug, the Gay daughter of former Congresswoman Bella Abzug] 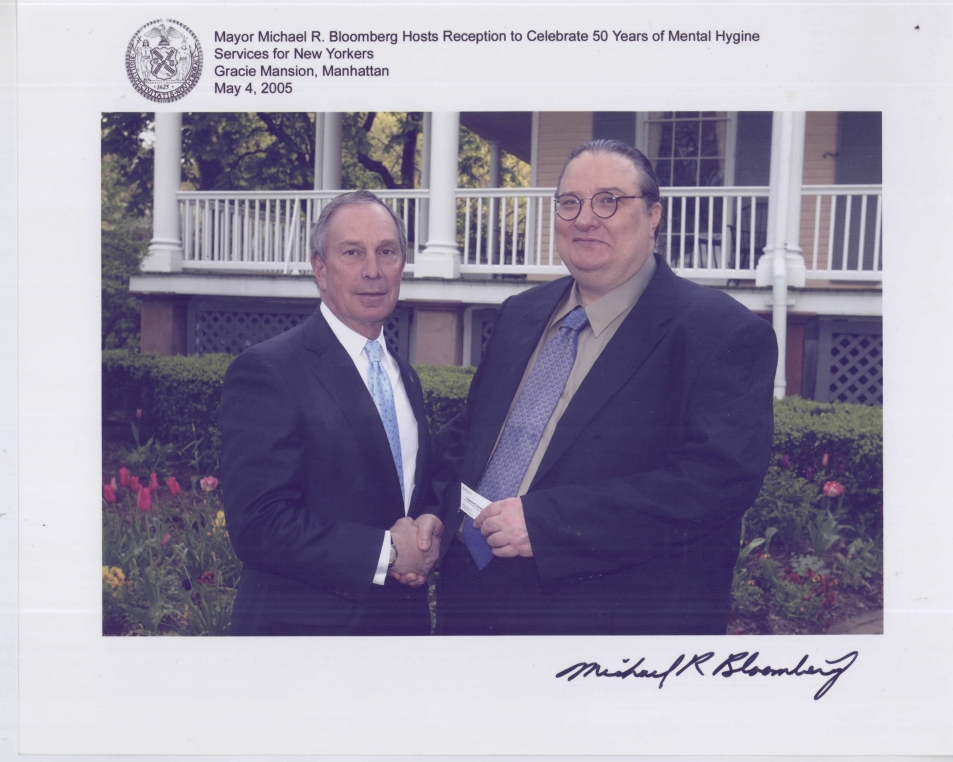 S.V.A.'s 2nd V.P. Bert Coffman big handshakes with N.Y.C. Mayor Bloomberg
[Photography by the Office of the Mayor of the City of New York]

For 2006, with Cally Mark Z's completion of S.V.A. Treasurer, Bert reluctantly agreed to be his follow-up.  Berti enjoyed calling prosepective supporters with his "X-Y-Z" (meeting/letter/support) menu.  On General Election Night in 2006, as an elected S.V.A. officer, Bert was invited as an SVA-er to the Sheraton Ballroom in Manhattan for the victory parties of U.S. Senator Hillary, N.Y.S. Governor-elect Spitzer, Attorney General-elect Cuomo and Congressmember Maloney -- all avid S.V.A. supporters.  Bert was joined by other S.V.A. officers such as Emile Griffith plus Luis Rodrigo and Willson plus AnDre Christie.  Quoting Bert:  "Oh, what a great night and all the winners are S.V.A. supporters!  It was ecstatic to witness the final demise of Marc "Gang" Green.  A schunda is he!" 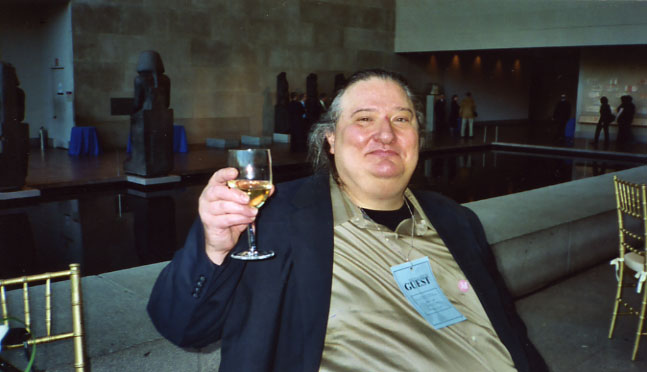 In 2007, with no other candidates, Bert was re-elected the S.V.A. Treasurer.  He tripped off the new year at an S.V.A. meeting with a 'prognosis negative' for the group's non-finances.  In February, Bert represented the S.V.A. at a political candidates forum in Manhattan.  On the 3rd of March, the S.V.A. held its "Big Berti's Biggi Birthday Bash at Bruxelles Bistro & Bar" hosted bi Willson Henderson and AnDre Christie and attended by Storme DeLarverie, Leigh McManus, Joni Sobel and Ramon Bellido among other Stonewall veterans and guests! 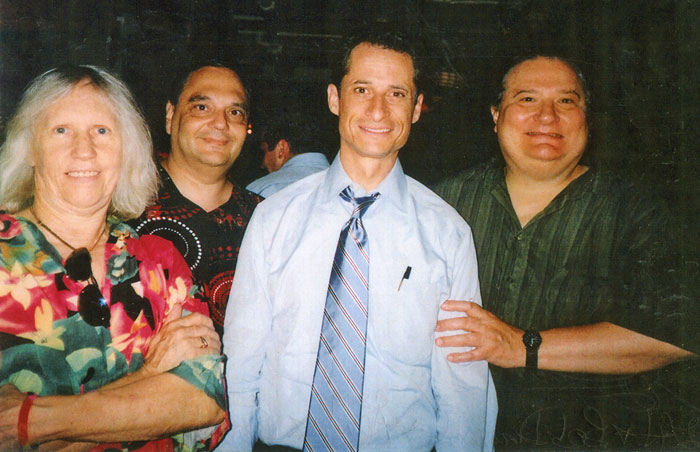 Berti Coffman, along with many other Stonewall veterans, represented the STONEWALL Rebellion Veterans Association during Gay Pride Month 2007 with planning sessions at The Stonewall Club, leading the Brooklyn Gay Pride Parade, acknowledged at Gracie Mansion by Mayor Michael Bloomberg for his Gay Pride celebration, on stage in Bryant Park in Manhattan for the Gay Pride Rally sponsored by Heritage of Pride, the "Stonewall Tribute" at St. John's Evangelical Church in The Village, the Stonewall Rebellion 38th Anniversary Party and S.V.A. Fun/Fund-raiser at The Stonewall Club in Greenwich Village, NY, and the annual S.V.A. Stonewall Veterans Reunion at the New York City Gay Community Center.  In late June on Gay Pride Weekend, however, Berti chose a 'free' trip to a Gay mental health forum in Cally-fornia rather than as an S.V.A. officer proudly leading the NYC Gay Pride Parade with the S/W-Vetz and the "S/W-Car".  Uh-oh!  Ta-ta!  Suddenly, there were two paths!!  The other cleared a jungle path for the pacoderm return of Berti's ancient, Stonewall Era nemesis: The Gay Grincha!  By Fall, Bert's S.V.A. officership tenure was relieved by an S.V.A. resolution during "Autumn Leaves".  Meanwhile, Berti still has his paws full with the likewise worthwhile Zappalorti "Z" Society and remains an active member of the S.V.A..

[To be placed:  3rd in a series of pix of SVA Bert Coffman and NYC Mayor Bloomberg]

Berti Coffman re-elected as the First Vice-President of the STONEWALL V.A.

To our inimitable and dedicated S.V.A. Vice-President Berti Coffman!

The legendary STONEWALL Rebellion Veterans Association wishes
you a happier and healthier new year than the pat two COVID years!

Your contributions and efforts for the S.V.A. are appreciated, Bert,
year-round!  Enjoy your birthday today and throughout your new year!