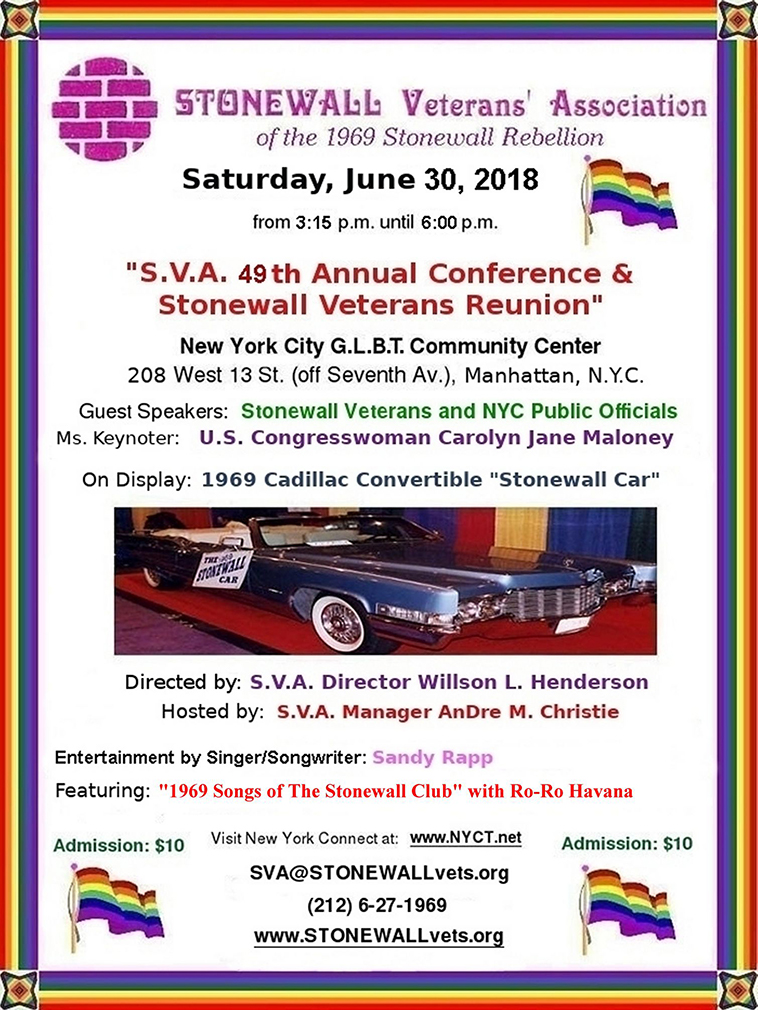 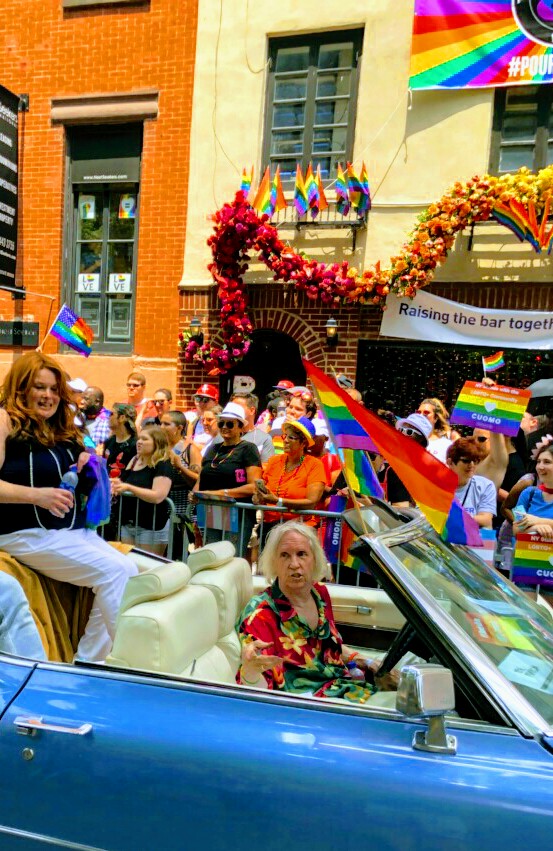 Rare Photo:  Willson Henderson at the Wheel of the blue 1969 "Stonewall Car"
Also shown, sitting atop the car's back seat, is Nance Lomax from Philadelphia
Note:  This was a planned parade stop in front of The STONEWALL Inn!
[Photo by Bruce A. Poli] 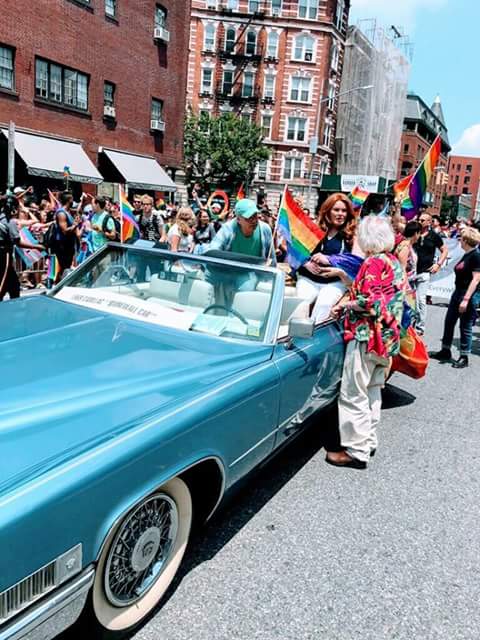 Willson Henderson parade prepping to S.V.A. Stonewall Vets Davey Leong and Nance Lomax
Note:  This was the first and last time for a parade line-up on Seventh Av. in Chelsea  Duh!
[Photo by Leigh McManus] 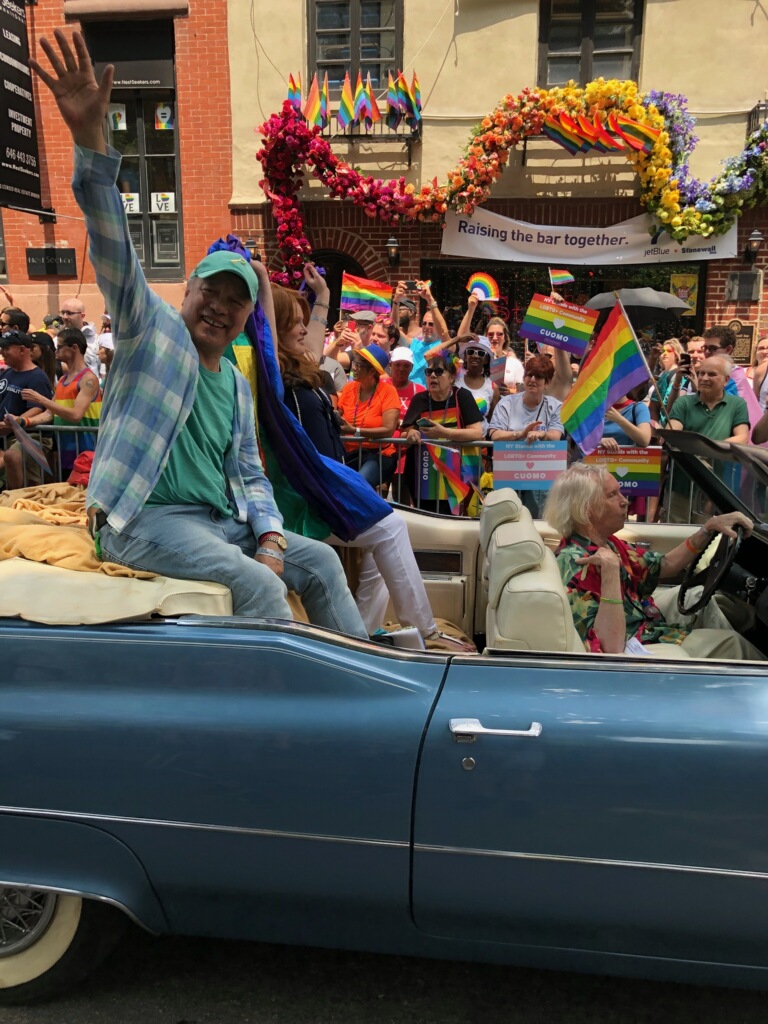