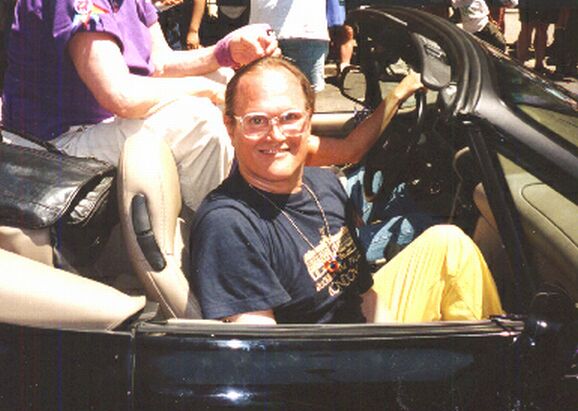 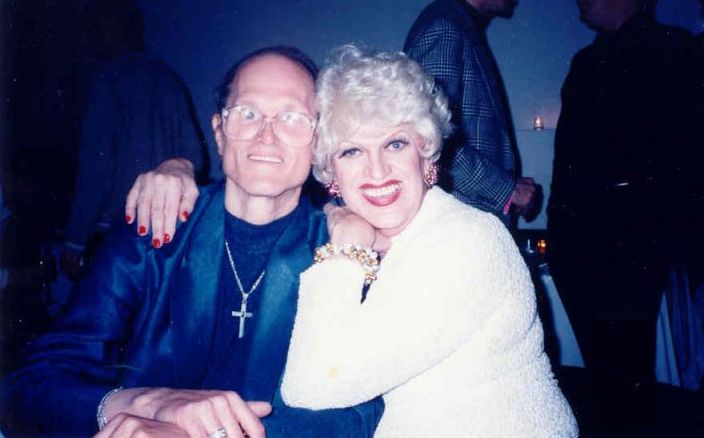 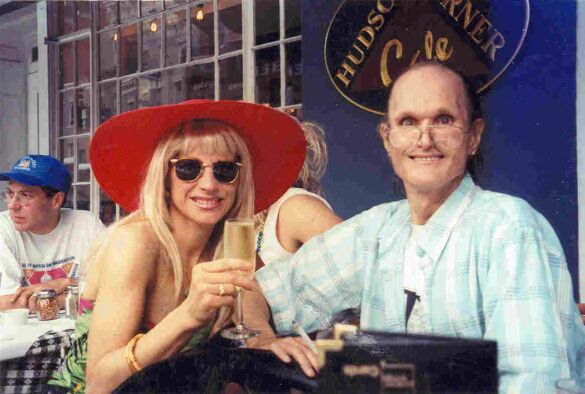 Terri and the Blonde Pack
[Photo by Liz Abzug] 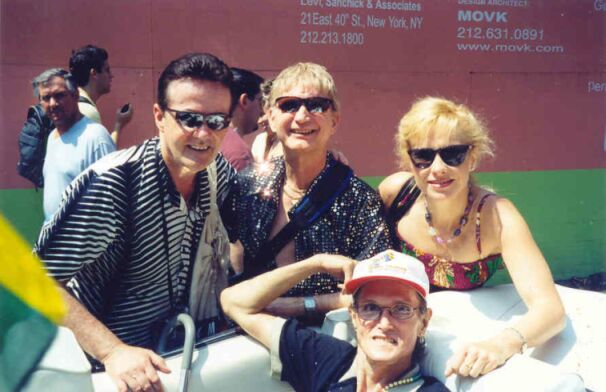 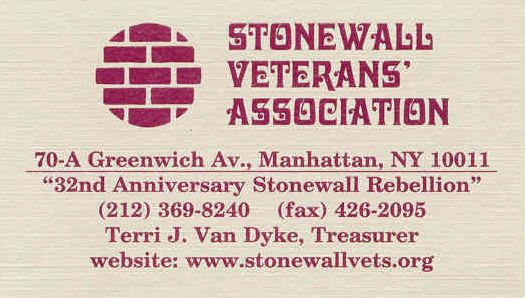 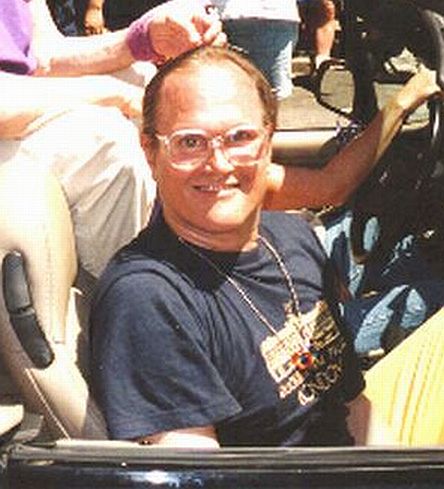 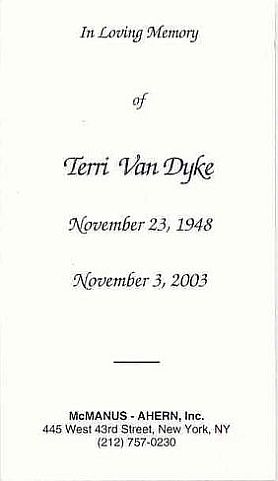 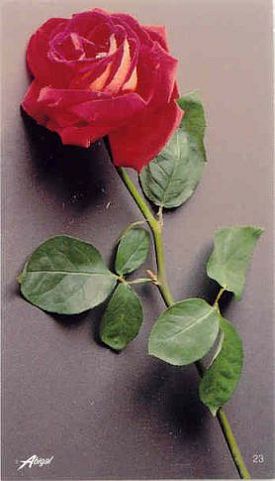 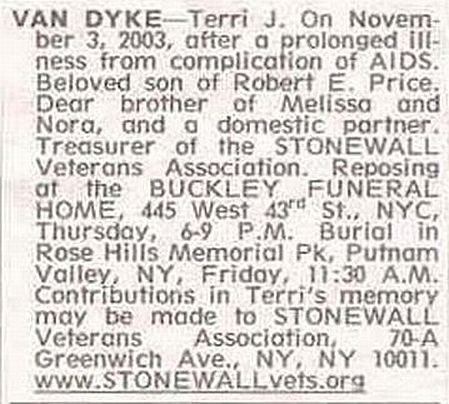 The referred 'Domestic Partner' is another Stonewall Vet! 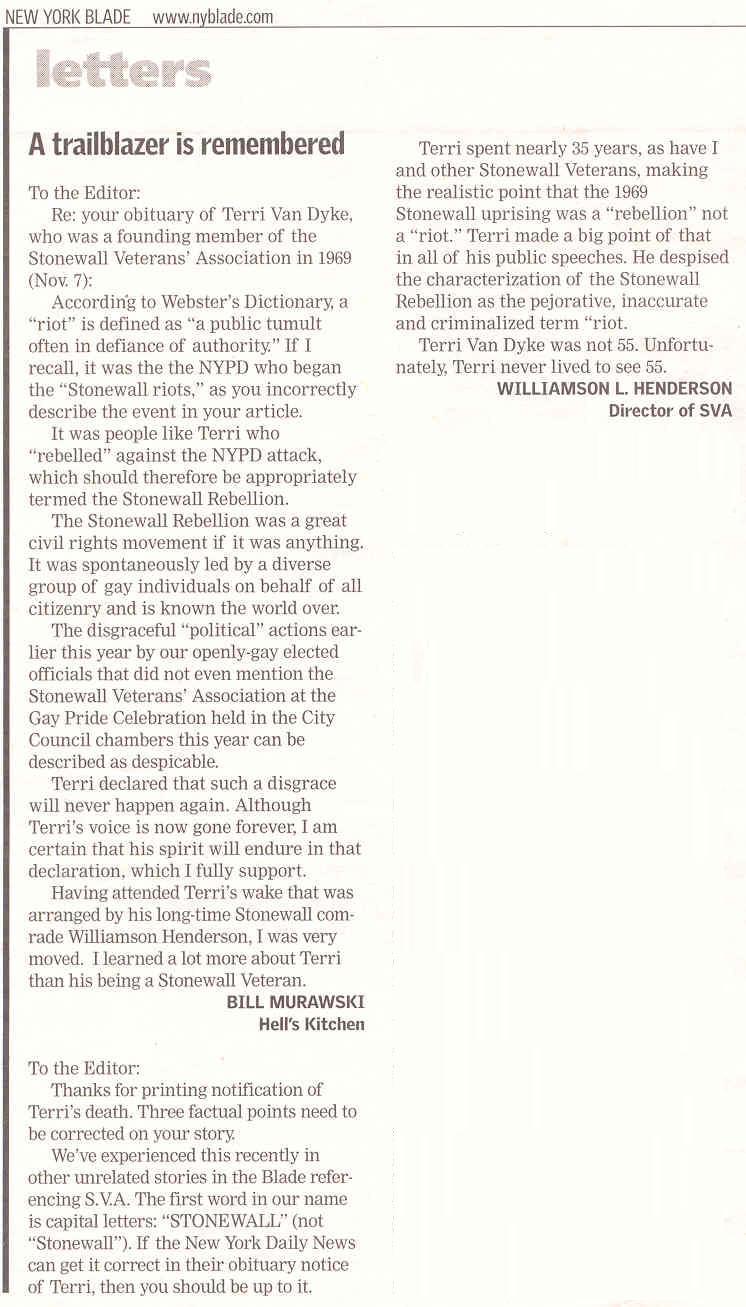 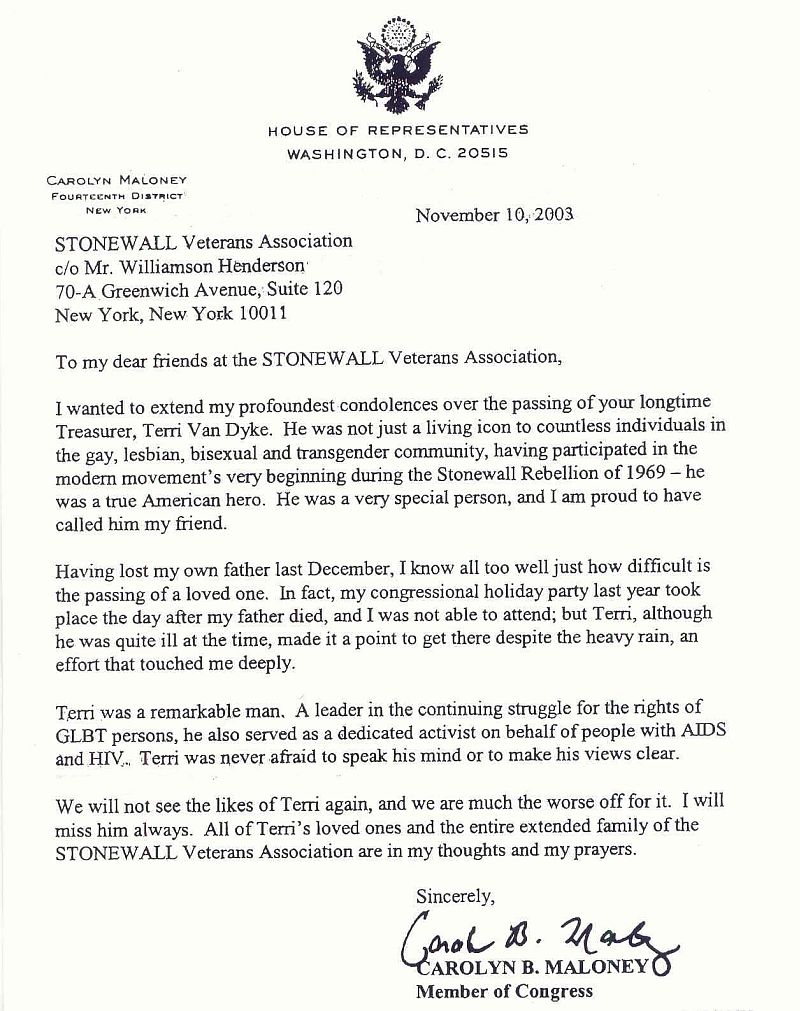 Sympathy Letter for Terri from his favorite Congressmember Carolyn Maloney 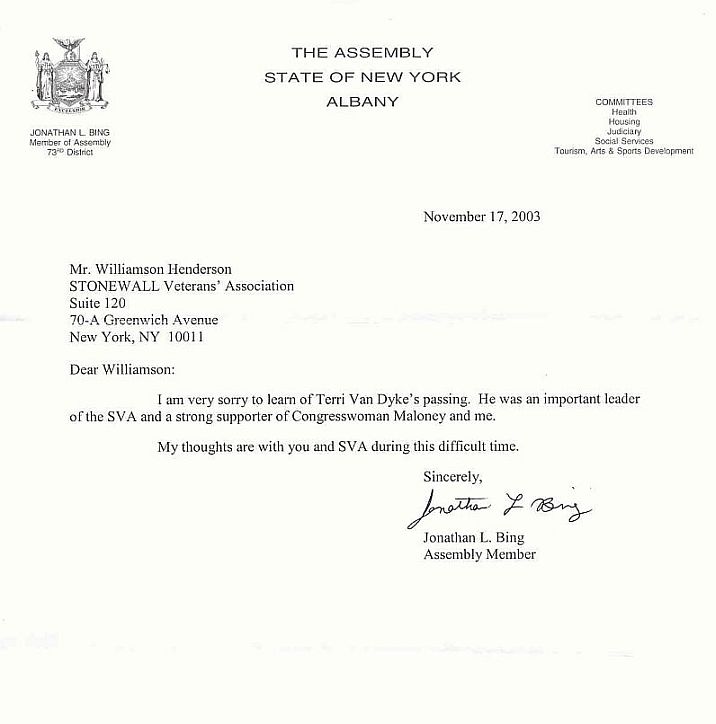 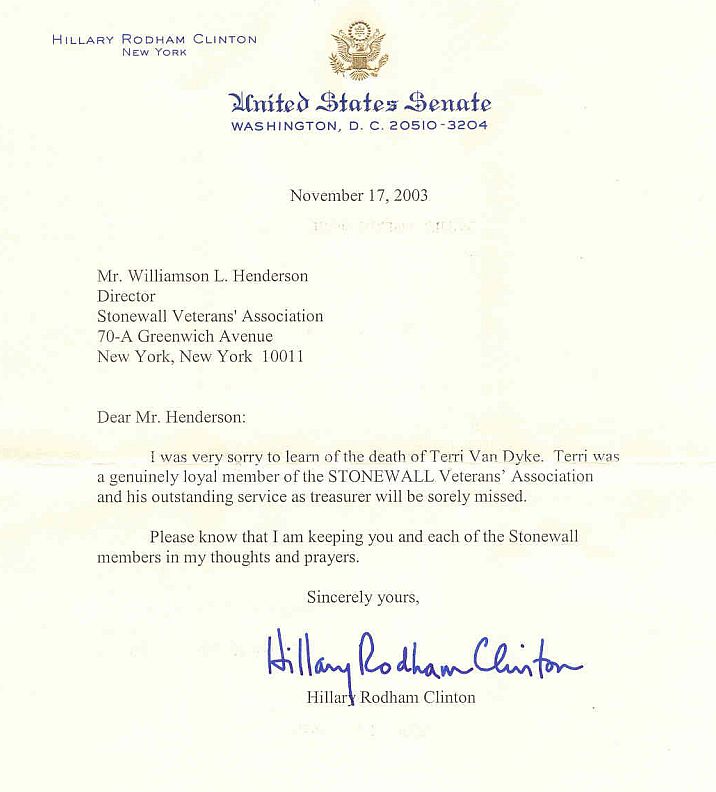 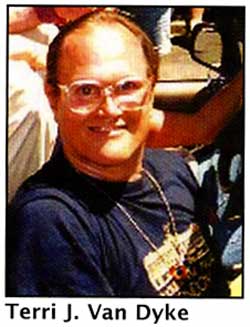 Tribute on Terri from NYC Gay Parade organizers Heritage of Pride
[Excerpts taken from the S.V.A. Website and the New York Blade]

*
More Terri Jordan Van Dyke biography will be presented.
More pictures of TVD will be posted at this S.V.A. webfile.
We welcome any other pix of Terri to be sent to the S.V.A.
When it comes to website input, due to funds, we're slow... but sure!